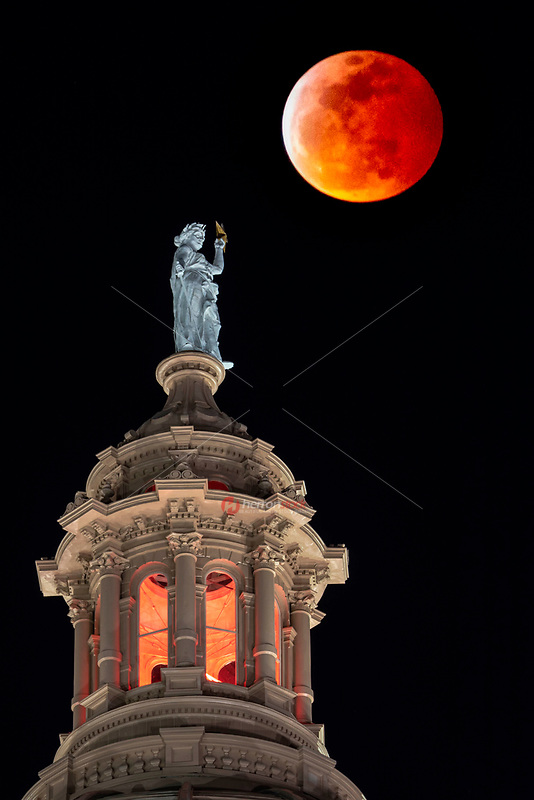 Central Texas’ stargazers and astronomers are treated to both a full moon, Wolf Moon, Supermoon and a total lunar eclipse on January 20, 2019 over the Texas State Capitol dome in downtown Austin, Texas

The moon will be at its closest point to Earth in its orbit, lighting up the night sky as a striking Supermoon. The eclipse will then give the moon a red glow, creating a phenomenon known as the Blood Moon.

January's full moon has been known as a Wolf Moon for thousands of years. Ancient civilisations tracked the changing seasons by the lunar months rather than the solar calendar, naming the months after features they associated with the northern hemisphere seasons including howling wolves. These names are now used to identify the full moons.
© 2019 Herron Stock LLC; all rights reserved
Texas State Capitol - Home of the Texas Government - Images, Stock Photos & Prints | HerronStock
Authentic Austin, Texas stock images. View all galleries »
CONTACT