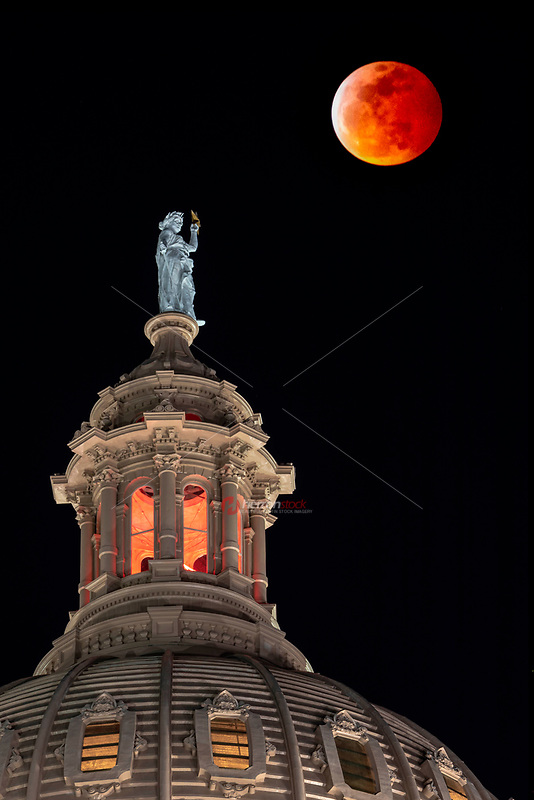 A Super blood wolf moon glows over the Texas State Capitol dome during a lunar eclipse in Austin, Texas.

The super blood wolf moon is a rare total lunar eclipse happening at the same time as a supermoon. Lunar eclipses can occur only during a full moon, and this one is extra special because it's also a supermoon. A supermoon occurs when the moon is full and closest to Earth in orbit.

A 'super blood wolf moon' and five eclipses are among 2019's major astronomy events. The moon will be in perfect alignment with the sun and Earth, with the moon on the opposite side of Earth from the sun.

Earth will cast two shadows on the moon during the eclipse. The penumbra is the partial outer shadow, and the umbra is the full, dark shadow. When the full moon moves into Earth's shadow, it will darken, but it won't disappear. Sunlight passing through Earth's atmosphere will light the moon in a dramatic fashion, turning it red.

Each moon has its own name associated with the full moon. In January, it's known as the "wolf moon," inspired by hungry wolves that howled outside of villages long ago, according to the Old Farmer's Almanac.
© 2019 Herron Stock LLC; all rights reserved
Texas State Capitol - Home of the Texas Government - Images, Stock Photos & Prints | HerronStock
Authentic Austin, Texas stock images. View all galleries »
CONTACT